This is a list of useful AIX commands do diagnose performance issues with the host.

Performance statistics for CPU usage, network device-driver I/O, socket calls, and NFS I/O. For CPU usage, it estimates how much of this usage is due to network-related activities.

Status of interprocess communication facilities. This is a kernel attribute that cannot be modified.

Lists attributes associated with a device.

NOTE: maxmbuf sets the limit of the memory governed by the IPC and network buffering capability.

Display status of current processes. This command is useful for determining if runaway processes are excessively utilizing the CPU or memory.

For example, if a machine was just rebooted and appears to be running slowly, use this command to see if there are any getty processes running wild, using excessive CPU time.

Use cron to execute sar at specific times based on workload, and the sa1 and sa2 scripts to maintain a report history of system usage.

Virtual memory monitor that captures a snapshot of the current contents of both real and virtual memory, and summarizes the contents. Useful for determining which processes are using the most memory. 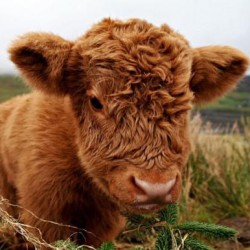 Mr-Moo
Technologist at 127.0.0.1
Currently residing in South Florida, though Indiana native. I've always enjoyed technology and it's been a passion my entire life.

Latest posts by Mr-Moo (see all)